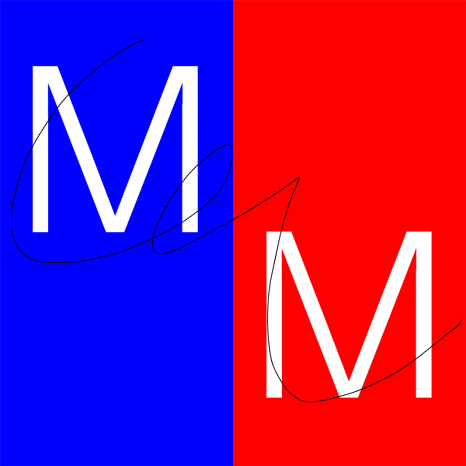 Among articles of how to’s, to-do’s, top 10’s, and moving on to greener pastures, I want to give you something more personal and now’s a good time as any.

TLDR; I started a composition a day project based on my failures working under the name Mars Maiers.

In 2015, I had two major failures that still haunt me to this day. I failed to get into Yale’s MFA program in January, and was let go from a promising startup called Grailed in July.

For the rest of that year my days were blurred. I went through various forms of depression starting with the stay in bed cause I can’t get up kind. Evolving to the I’ll put on pants cause it’s something to do. And eventually getting around to I’ll do all the work there ever is so I can take my mind off things. There were also these enormous highs. Not the good drug kind, but the mean spirited ones where you trick yourself into thinking you’re better than everyone else. That people just don’t get you cause you’re a genius and everyone else is a bunch of idiots to versions of (it’s hilarious when I write this now) No worries, I’ll be “discovered” soon.

All of this. The application, the getting fired, the depression, the arrogance, the insecurity, it all stemmed from this awful awful aspect of myself. I did so much harm to myself and probably to others from polar ends of the spectrum. My ego on one side was trying to let go, and on the other trying to desperately protect. 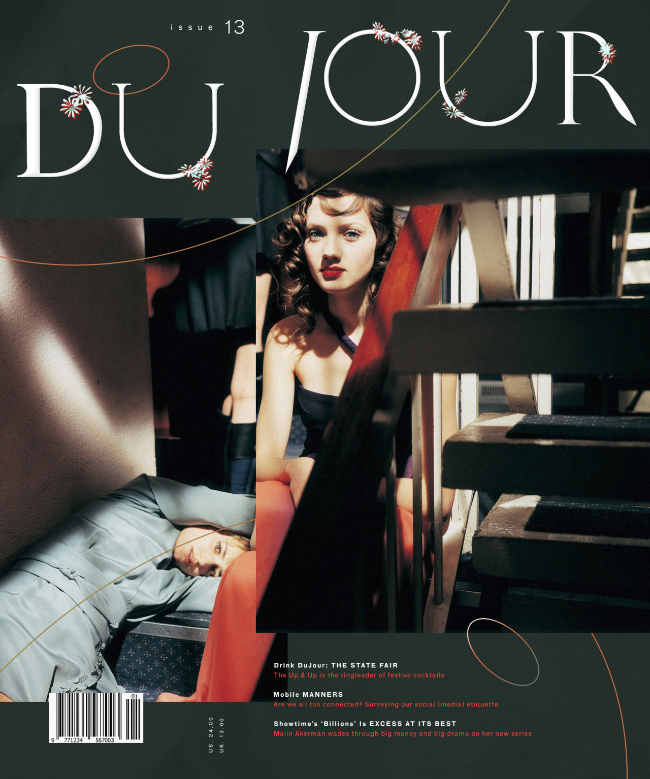 There’s a bunch of reasons why I applied to Yale and they were all very personal (this made the rejection worse). The easy one first. Because I’m Asian. Growing up from an academia over everything household and never being an A+ student, I had a large chip on my shoulder so Ivy leagues in my post grad career carried some weight to me. There’s a more honest rationalization for that insecurity now. I wanted the brand name (and to some degree, make my parents proud and leave legacy).

I was also completely drained from “tech” at the time. I hated the culture, the people, the point. I felt lost and wanted to go back to my roots. Back to the reason why I transferred from Accounting to Design in the first place. It wasn’t like any of the imagery that I collected, or any of the work that inspired me were interfaces, user-flows, and post-it notes. It was graphic design. I stole what motifs I could from a culture that wasn’t mine to give to a community that didn’t care for it. In some sense, I felt like I had some debt to pay. At the least, I needed to understand the subject from which I stole deeply enough to earn its respect. (There’s a reason why Google has some of the best designs right now, look at their designers and their pedigrees. They do great work.)

I don’t mean to make it sound so altruistic. I just wanted to do work that I loved again. To make posters, and composition, and art. Except any graphic design work I had wasn’t even close to the level of output my contemporaries were putting out. Mine was a derivative of a derivative and I knew it. And because I knew it, and because I also didn’t understand the origin of these derivatives, I wasn’t the best. That fucked me up. At that time, I surrounded myself with these juggernauts of their field. I mean these people have such a rich memory bank of references and depth of knowledge on design, holding a conversation wasn’t even possible for me. Their works are beautiful, and their individual voices unmistakable. They are loud too. I was seething with envy, desperation, ambition, and humility. 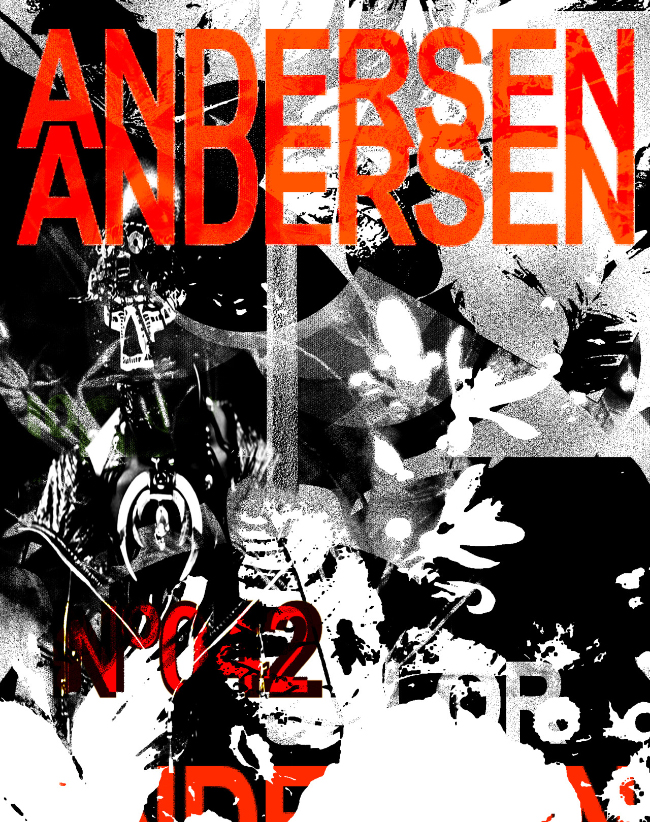 So the logic here goes, if I thought these people were the best, and I wanted to produce quality work like them, and they all got an MFA (naive assumption at the time), then I must get an MFA to learn and find my own voice like them. I wanted to be the best so I needed to be in the best MFA program, Yale.

It was the only MFA program I applied to, ever.

My application wasn’t too bad. At the time I’ve already worked at a bunch of start ups, taught at Parsons, got three solid recommendations, and sent it while I was still at Google X. The only thing I was worried about was figuring out how to get out of work for my interview in Providence and what to print (how do you even print out a user interface pattern). Needless to say, there was an awful night in San Francisco where I got drunk until it was early enough to call my parents in New York, crying, explaining how I’ve failed to achieve a dream they had for me (they didn’t even know I applied).

The real damage wasn’t the rejection though. It was learning through a web of inquiries, why. The basic consensus was that my work didn’t have enough of myself that’s worth the program to develop. Imagine that. I wanted a voice so desperately that I applied for a program to be rejected for not having one. They were absolutely right. But this catch 22 of a mind fuck broke me in half. It wasn’t cause I was too lazy, or that I didn’t have enough good work, or that I didn’t try hard enough. It was that I didn’t have “it”. And when you wanted to be the best but no longer know how to be the best, man, that has to be some sort of existential crisis.

The next few months all blurred and my ego started to calcify. I’ll show them, I’ll show everyone, I’ll never let my guard down again. I haven’t had such pent up angst since fifteen.

On to my second failure.

With my new mentality in place, ego hardended, and self destructivness set, I was ready for a new challenge. I was the first hire at Grailed which had amazing co-founders and it seemed to be a match made in heaven for me. But it wasn’t long before I was let go, and it was the first time I’ve ever been fired, ever still.

I’m the best, how could that even happen?

In hindsight, I was a dick, full-stop, but let’s connect this. I was trying to do too much, listening way too little and disenfranchising team members and over stepping my boundaries. It wasn’t that I had poor ideas, or delivered poor designs, I just didn’t include anyone in any of the design process in which they all had a stake in. Product design is a team sport, I knew that, I’ve played it for years, and this awful ego of mine rejected these fundamentals. I was eager to have a voice, to prove to the world mine existed and it could be up there with the best. I was so desperate to prove my voice that it had to be loud, deafening even, that it drowned out any opinions from my peers and superiors. Fueled by my ego trying to prove something, trying to protect myself from getting hurt again, I lost the trust and respect that’s necessary for a healthy team dynamic. I still feel ashamed when I think about it sometimes.

You see? All of this. It’s all caused by this little voice in my head to be “better”, which I now realize is just an immature way of trying to be myself. 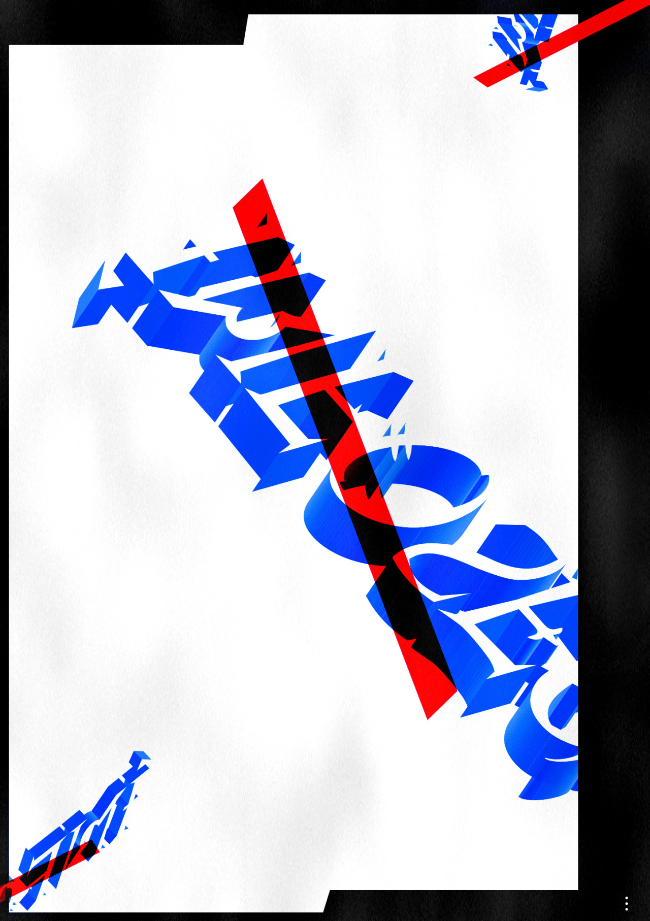 I do want to offer some catharsis here. I learned alot since, but I found no solution that would completely dissolve this awful rotten side of me. Part of allowing me to be myself whole heartedly is to let that part stay (I guess). It’s something I have to deal with and manage everyday going through all types of mental gymnastics like the desire to be the best but what does that even mean? The permission to be myself and not be ashamed. To tell your ego to shut the fuck up. To listen and be respectful of all opinions. To not let your failures define you. To not let your successes define you. To not judge your work. To be patient. And to keep your head down and work at it everyday.

And to that end, I want to tell you about 2016. After half a year of being broken, in a gutter, I knew I needed to slowly climb back up, someway, somehow. It’s not original but it’s okay. I was inspired by other people’s one a day project so I began my own. For the past year, I’ve been making a composition a day under the name of Mars Maiers.. The first hundred days of these were based on content from existing magazines, the rest are more free formed. This continuous project is about finding myself and my voice in design, however slowly, however unoriginal, one day at a time.

Quickly on why Mars Maiers. One, I think the name sounds cool. Two, I knew that if I had put this out under my own name, I would’ve put up self-defense/self-destructive mechanisms that would’ve sabotaged the earnestness of the project. By separating myself and Mars Maiers, I am in the most literal sense, separating my ego.

I hope this didn’t come off too self-aggrandizing as I share this with you with my head down and palms opened. I wanted to share and let go of something I’ve been holding on closely that made it difficult for me to move on. I also wanted to share with you the reason for this particular project. It’s much more interesting than “here, I’ve been working on this thing”.

I thought maybe if I felt this way, others might share similar feelings. That they’re constantly at war with themselves at trying to be the best, and trying to be honest.

And if you’re struggling with the same issues or can draw parallel lines to them, then I want you to know I’m with ya. It’s hard, it won’t go away tomorrow (it doesn’t even have to), and yo, some days I’m still a complete asshole. ace But all we can do is be aware and be reminded of the problem and work on it every single day.

I hope this read inspired you or can provide some solace, and please at the very least some excuse for my behavior for which I am deeply sorry for. 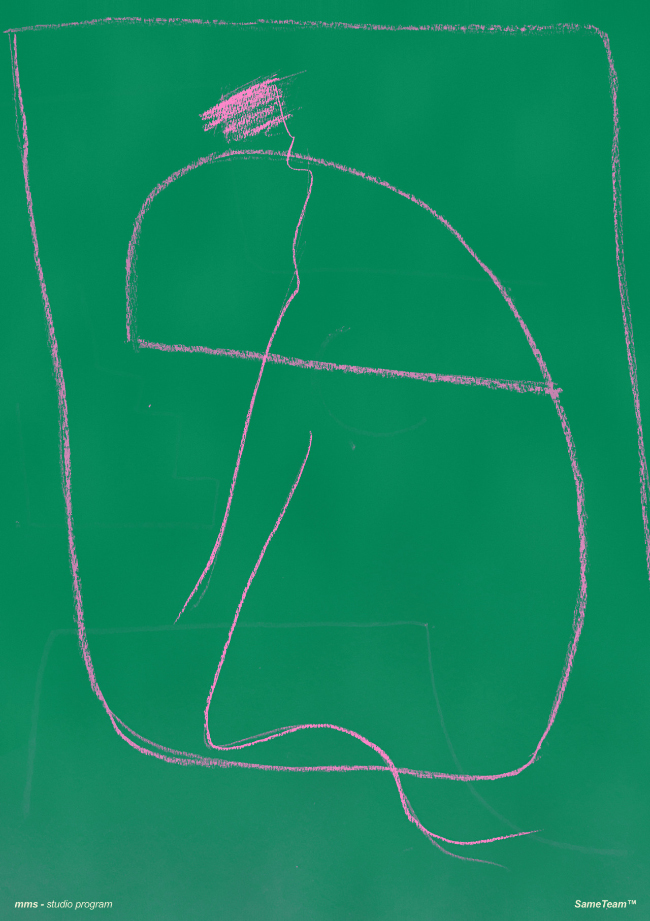 To some people in particular: Thank you for being there when I needed you. Your support, guidance, and inspiration meant a whole lot to me during that time more than you’ll ever know.